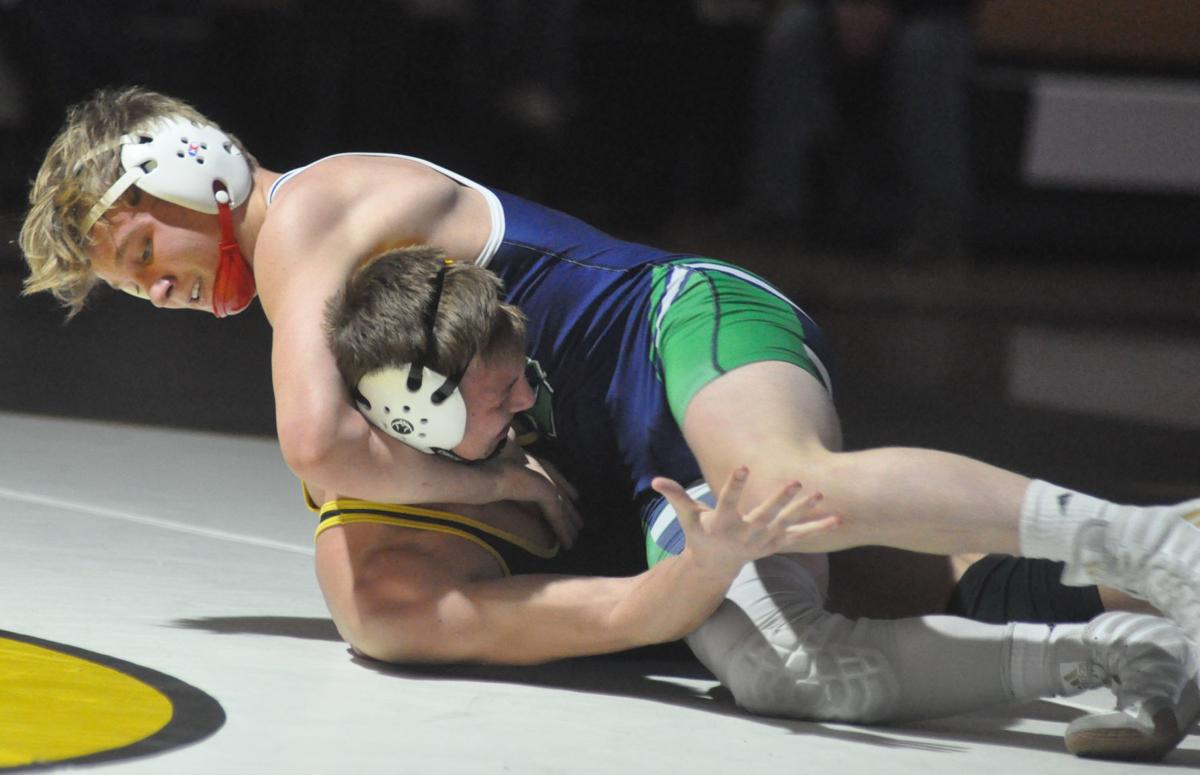 Jude Link puts Riley Gill in a headlock during a dual against Hutchinson Friday. 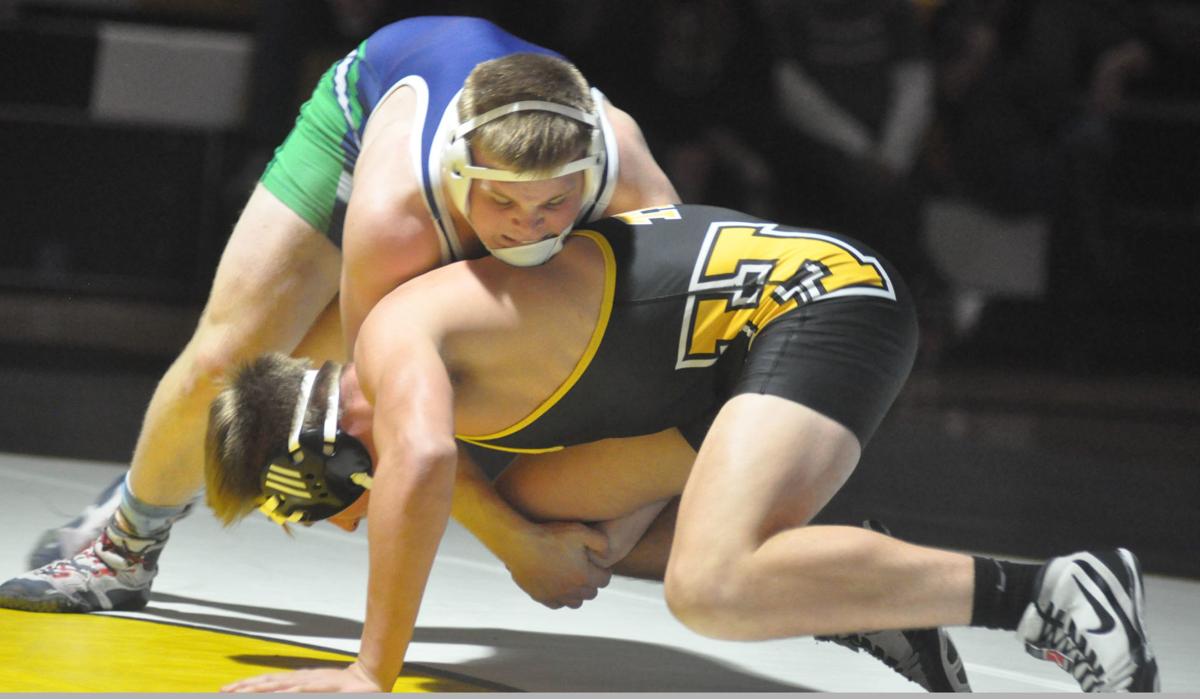 Beau Nelson tries to flip Alex Nelson on his back after grabbing a hold of Nelson’s leg. 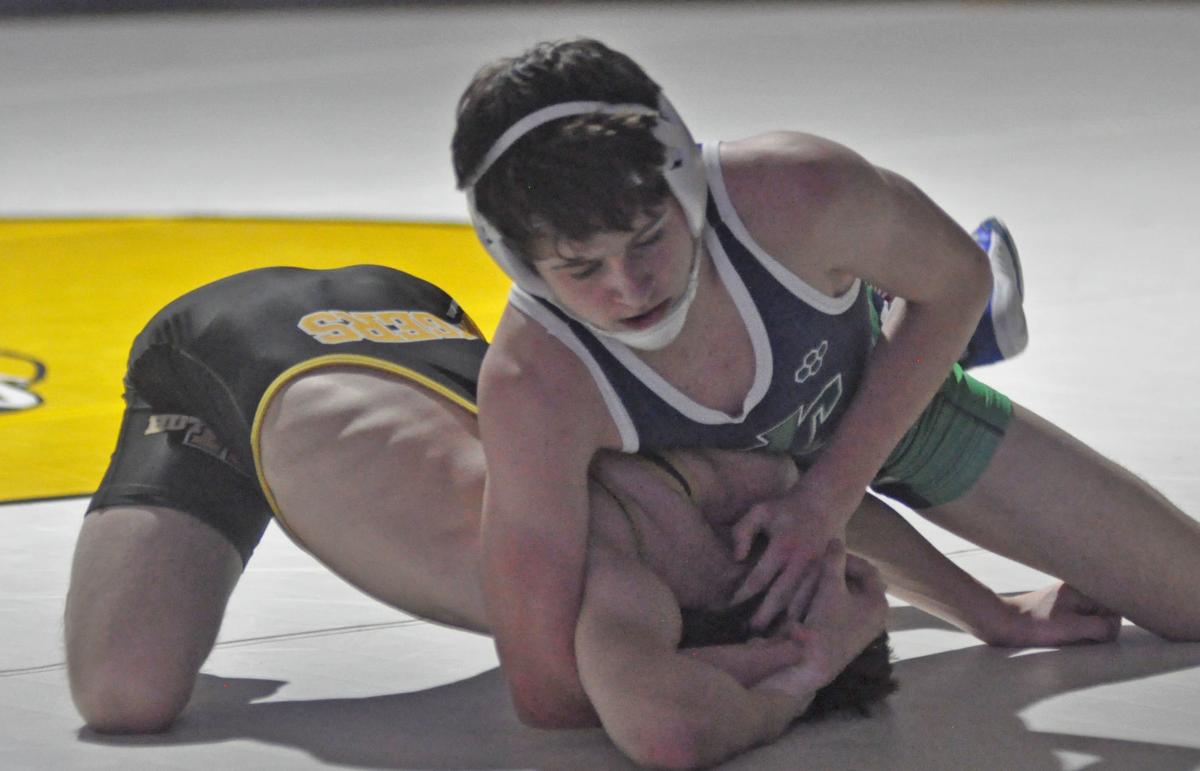 Victor Franco puts Grant Pierce in a headlock during their 120 pound bout.

Jude Link puts Riley Gill in a headlock during a dual against Hutchinson Friday.

Beau Nelson tries to flip Alex Nelson on his back after grabbing a hold of Nelson’s leg.

Victor Franco puts Grant Pierce in a headlock during their 120 pound bout.

After dominating New London-Spicer and Glencoe-Silver Lake on Thursday, the true test for the Dassel-Cokato/Litchfield wrestling team came Friday with a road dual meet against No. 11 Hutchinson.

The crowd was great for both teams, filling most of the stands on both sides of the gym and cheering reaching deafening levels from both sides.

But Hutchinson came back, winning the next two matches by decision to cut the lead to three. But DC/L answered, winning the next four matches. Eddie Simes (132) won by fall and Jude Link (152) won by a 22-7 technical fall to give the team some extra points and a comfortable 27-6 lead.

With Hutchinson having to make up serious ground, it needed pins not decisions. DC/L made them work for every point they got. Hayden Hoernemann only allowed two points in his victory at 170 pounds and Will O’Brien had only given up one point to Hayden VanderVoort going into the overtime period. O’Brien lost by decision to keep the points low.

At 195, Beau Nelson beat Alex Nelson by decision to lock up the win for DC/L.

“I felt that it’s always been close with Hutch in the past,” Sam Marx said. “I thought we finally had a shot at beating them (now) that we had all our team together.”

DC/L and Hutchinson both competed at the Litchfield Invitational earlier this season, with Hutchinson claiming the championship. But DC/L wasn’t at full strength.

Having a full roster at the Hutchinson dual gave the Dragons the edge in the end, according to Clemen. The wrestlers also feel now that they’re healthy, they need to be reckoned with.

“We have all our guys back,” Jerry Simes said. “I feel once we’re all healthy, we’ll wrestle really great as a team.”

Simes and Marx agree that they could be in better condition, but Clemen believes that it’s something more mental that will give this team its edge.

With only five meets remaining before sections, there isn’t much time left for the team to figure out where they want to be.

DC/L’s next match will be a home dual against Mound-Westonka on Friday.