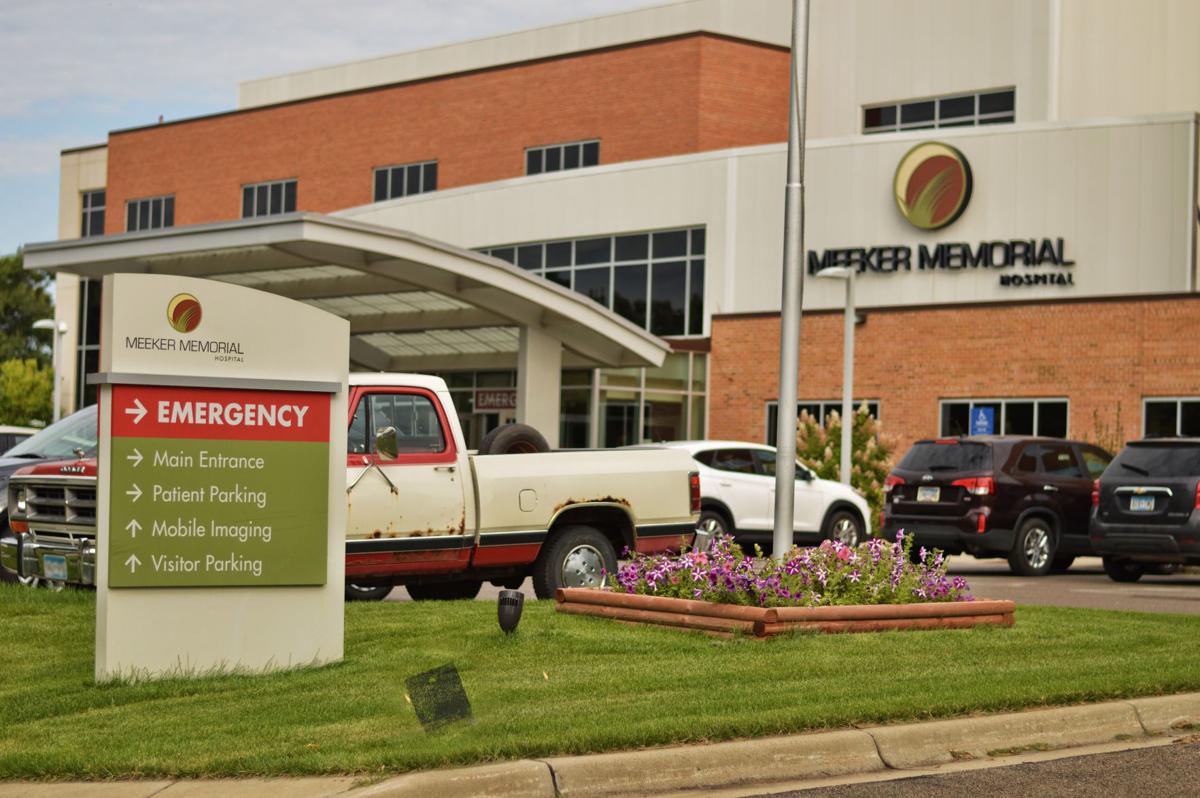 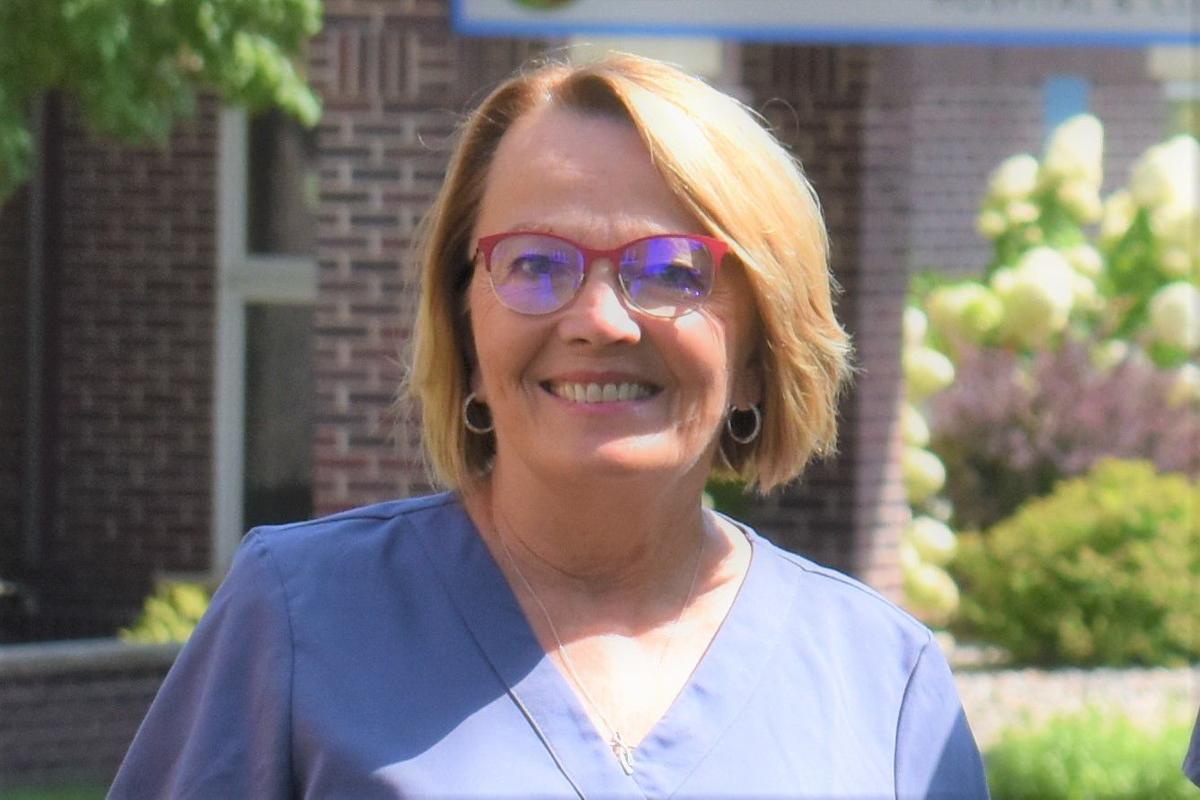 Dr. Deb Peterson would like nothing more than to see her 87-year-old mother. And her newborn grandson.

But she is going to wait. With coronavirus raging, now is not the time to risk a visit, even with close family members, she said.

And she would like to see everyone make those kinds of tough decisions over the coming weeks.

“We all have to make sacrifices,” said Peterson, chief medical officer at Meeker Memorial Hospital and Clinics. “If we want things to stay open to the degree they’re open, we better start doing these things now, or there will be a complete shutdown, I’m afraid.”

Minnesota Department of Health reported 7,559 new cases on Sunday in the state, one day after seeing a record high 8,689 cases reported on Saturday. That lifted the state’s total confirmed COVID-19 cases since the outbreak began to 201,795. The state has seen 2,861 deaths from confirmed cases. MDH also reported 12,443 hospitalizations, with 3,086 of those ending up in intensive care units.

As of Sunday, Meeker County had 727 confirmed cases. Meanwhile, surrounding counties were seeing even higher numbers, with McLeod County at 1,261, Kandiyohi 2,698, Stearns 9,883 and Wright at 5,025.

Those numbers — in particular, the hospitalizations and ICU numbers — worry Peterson and others at Meeker Memorial Hospital and throughout the state’s health care system.

As numbers and hospitalizations rise, the system is being overwhelmed. COVID-19 cases flooding into hospitals needing respiratory care mean fewer options for other medical emergencies.

“It’s a serious situation, and it’s hard for us as healthcare workers to get a patient in that we know needs a higher level of care and we know we don’t have anywhere to transfer them,” Ann Lien, chief quality officer at Meeker Memorial Hospital, said. “It’s awful for the families and the patient.”

Peterson said Rice Memorial Hospital in Willmar and the St. Cloud Hospital both were near capacity at the end of last week. Abbott Northwestern Hospital in Minneapolis had about 60 patients in its emergency room department because there were no beds available elsewhere in the facility or other facilities, she said.

“That’s the reality of what this is doing to the healthcare system,” Peterson said. “It’s hard for families, emotional and hard for the staff (to know) there may be a delay in sending a patient to a hospital with a higher degree of care … and that can impact outcome.”

Beyond the number of COVID-19 cases showing up at hospitals is the impact the virus is having on healthcare staff. Meeker Memorial, like other healthcare facilities, has had to move staff around to cover absentees due to staff being quarantined or ill.

“It has affected our staffing levels,” Lien said. “We’ve implemented our surge plans where we are utilizing staff in areas that maybe aren’t their primary area to work. It affects all departments, including our clinics.”

These were the kinds of circumstances that healthcare officials worried and planned for in the early stages of the pandemic. They were the stresses on the healthcare system that had officials imploring the public to “flatten the curve.” And for a long time, it seemed like those measures were helping.

Suddenly, in the last couple of weeks, the numbers have exploded — to the point that Gov. Tim Walz issued new restrictions on large gatherings and on bars and restaurants, as well as encouraging people to consider much smaller, immediate-family-only holiday gatherings.

Also last week, Litchfield Public Schools Superintendent Beckie Simenson sent out a memo announcing that all district students will switch to distance learning beginning Nov. 30 through the end of the calendar year.

“I think that part of it was fatigue on the part of people,” Peterson said of the rising case numbers. “Some of it was school. But the biggest driver has been family gatherings, weddings, funerals. The combination, then getting asymptomatic people who are still out and about. It’s like wildfire.

“It’s sort of like running a marathon and being stuck at mile 22 over and over and over,” Peterson said. “They want things to be back to normal. It’s hard for them to realize that the quickest way back to normal is if we can all do this together. What I’ve tried to tell people is that for me — maybe this will sound corny — but this comes down to doing onto others as you would have them do to you and your family.”

Added Lien: “I totally agree. This is one of those things where you’ve got to make some sacrifices for the greater good.”

And — though she knows it’s not a popular idea — it is why Peterson in encouraging people to rethink their holiday plans.

“We have two huge holidays coming up here that are traditionally very family-oriented — Thanksgiving and Christmas,” Peterson said. “If we all choose wisely, we would find ways to see family virtually or visit in some other fashion.”

Battle virus with the basics

As COVID-19 cases rise, Dr. Deb Peterson, chief medical officer at Meeker Memorial Hospital, encouraged people to get back to the basics of fighting the virus.

In addition to those basics, Peterson said, people should find new ways to celebrate the holidays. Ways that will reduce the chance of spreading the virus during large family gatherings.

“It’s hard for people,” she said. “This is the time of year that people gather. And we’re very social. But I’m thankful for technology. We can use it in creative ways to at least see our loved ones. There are so many ways we can approach this that would keep everyone safe as we get through this huge surge.”

As for those who resist the basics or find them an infringement of their rights, Peterson asks they see it in a different light.

“We live in a wonderful country with considerable freedom,” she said. “With freedoms like we have in the United States … comes considerable responsibility, as well. Freedom does not come without a price.

“It’s not going away anytime soon,” Peterson said of COVID-19. “We have to try to get the numbers back down. Otherwise it’s going to become, we will have crisis standards of care, and then a lot of freedom and choice truly do go away.”

If you're experiencing symptoms that have you wondering if you've contracted the COVID-19 virus, Meeker Memorial Hospital & Clinics offers a triage line to offer medical advice.

Call volumes have increased tremendously during the past couple of weeks, according to Marc Vaillancourt, vice president of development and operations at MMHC, but medical staff stand ready to help as quickly as they can.

"We just need people who call to know that they may not get a live person right away because call volumes are so high," Vaillancourt said. "They need to leave a message, and our staff will call them back."

When calling the triage line, people should leave their name, birth date and phone number in their message.