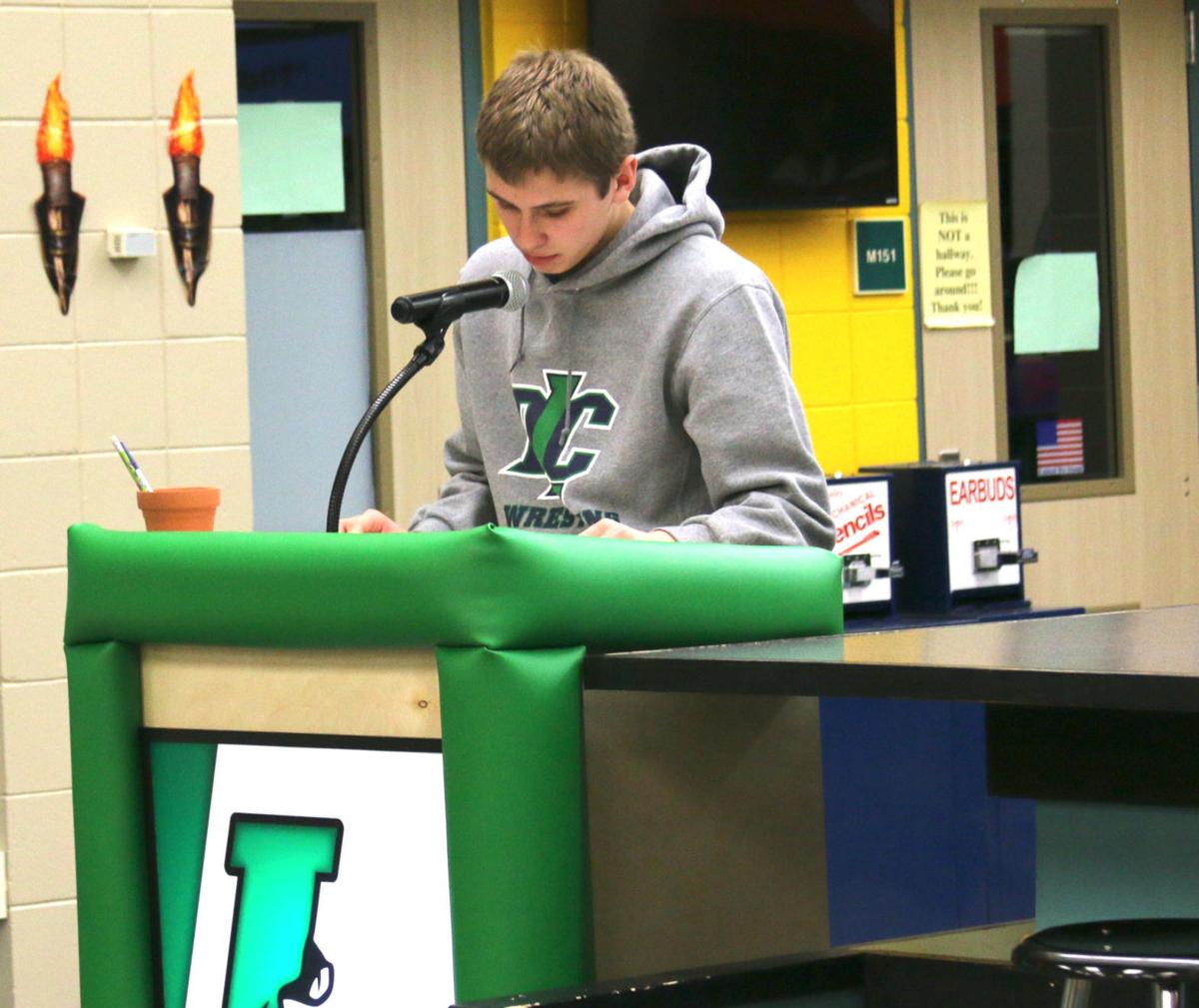 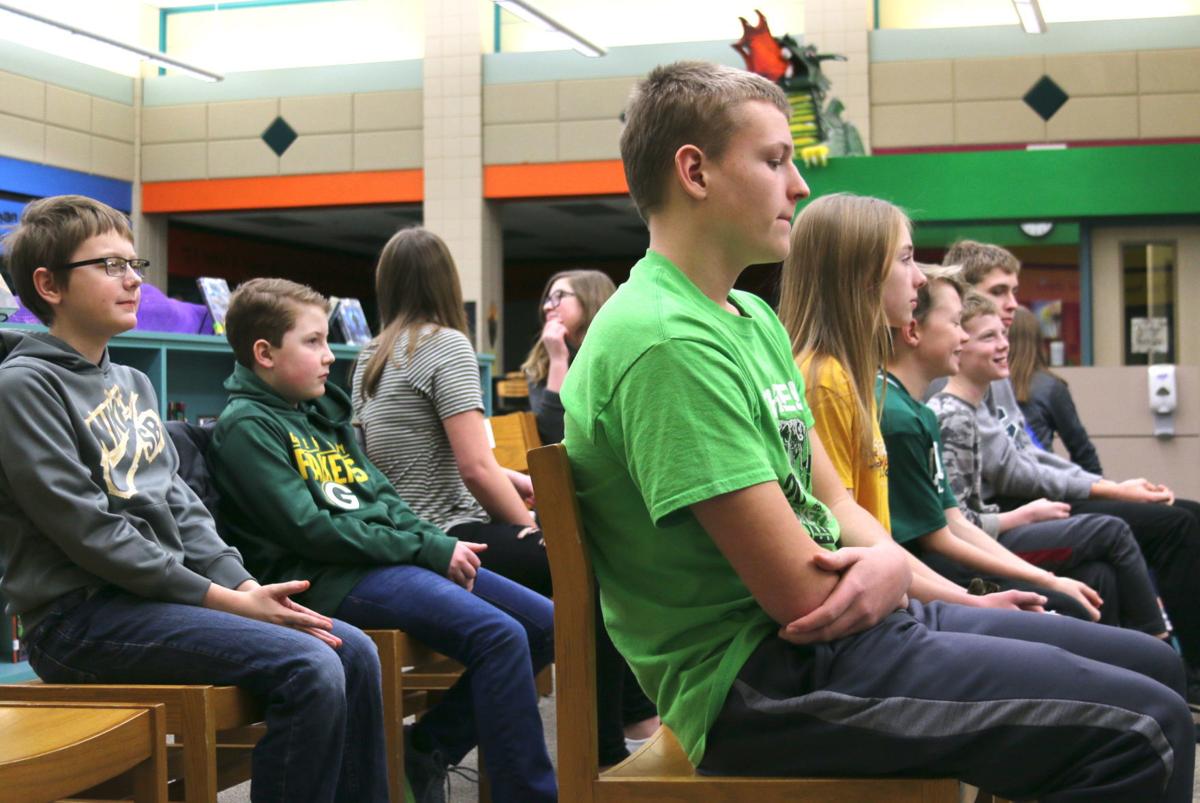 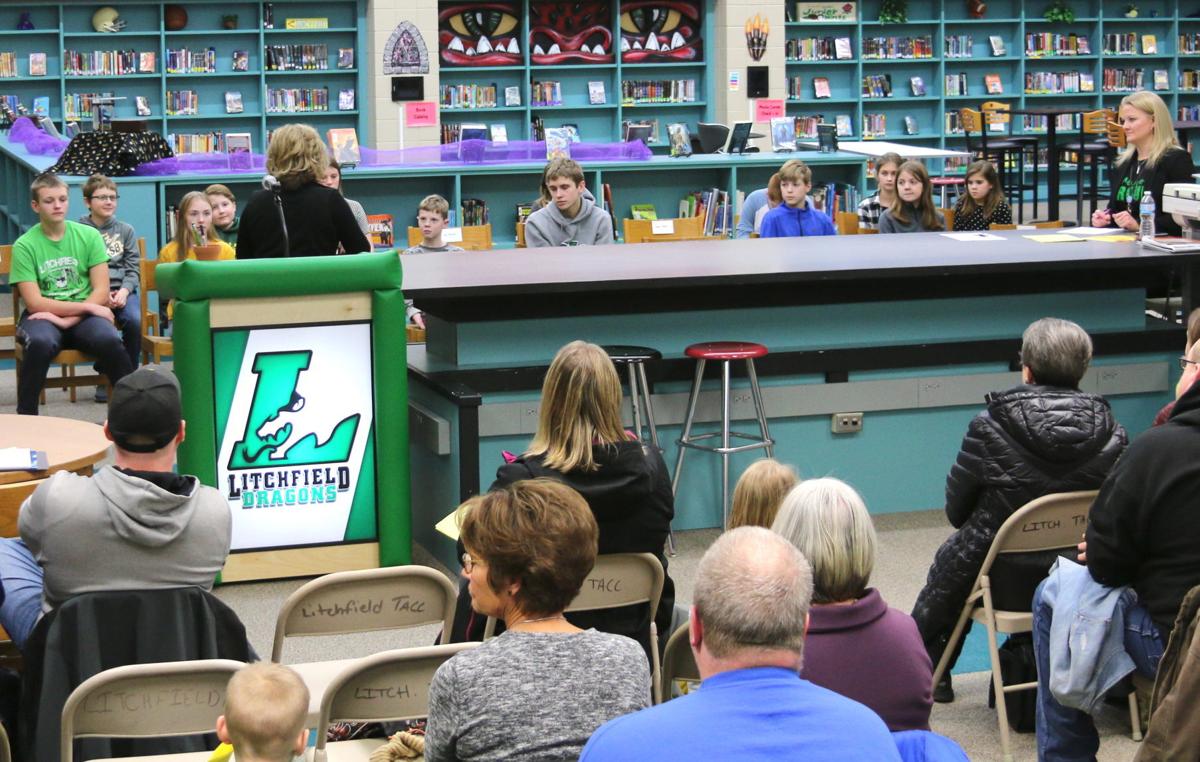 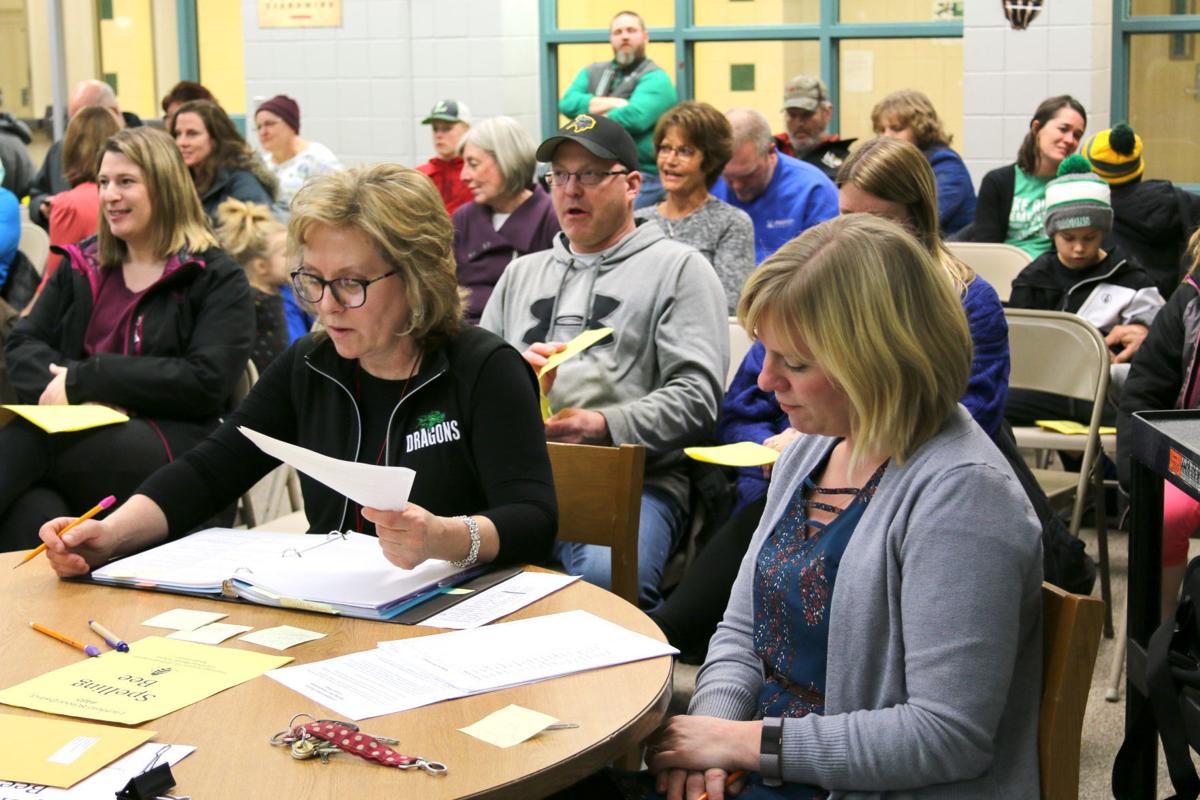 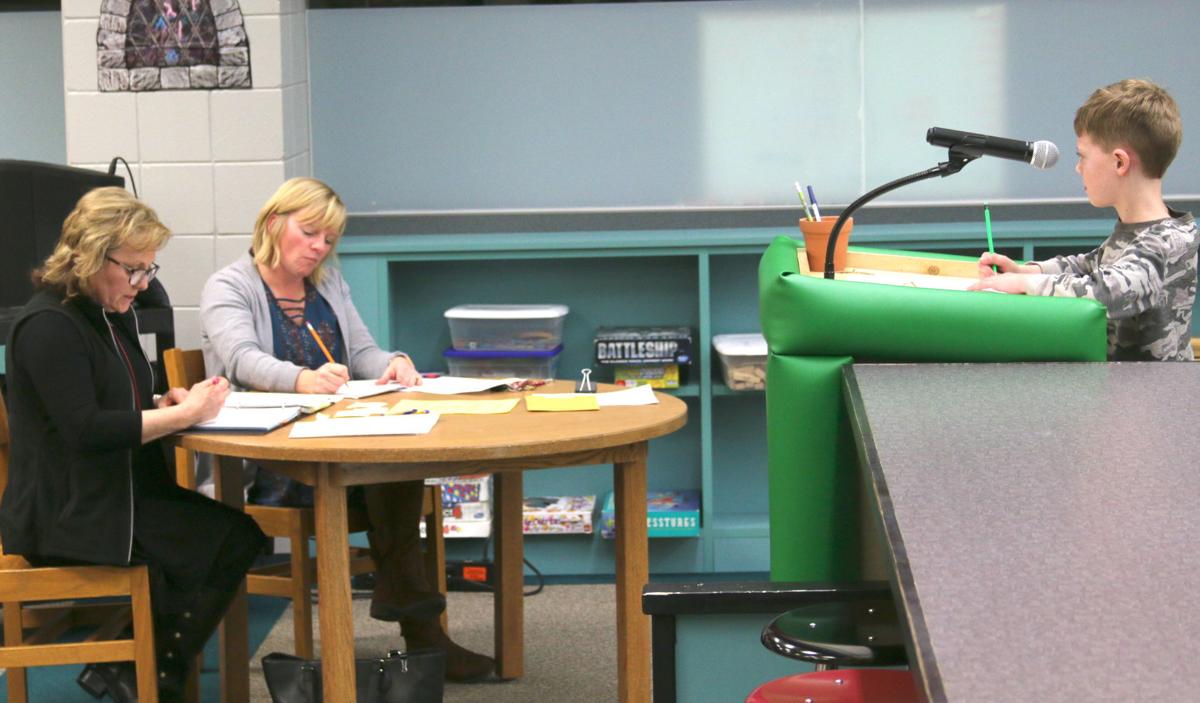 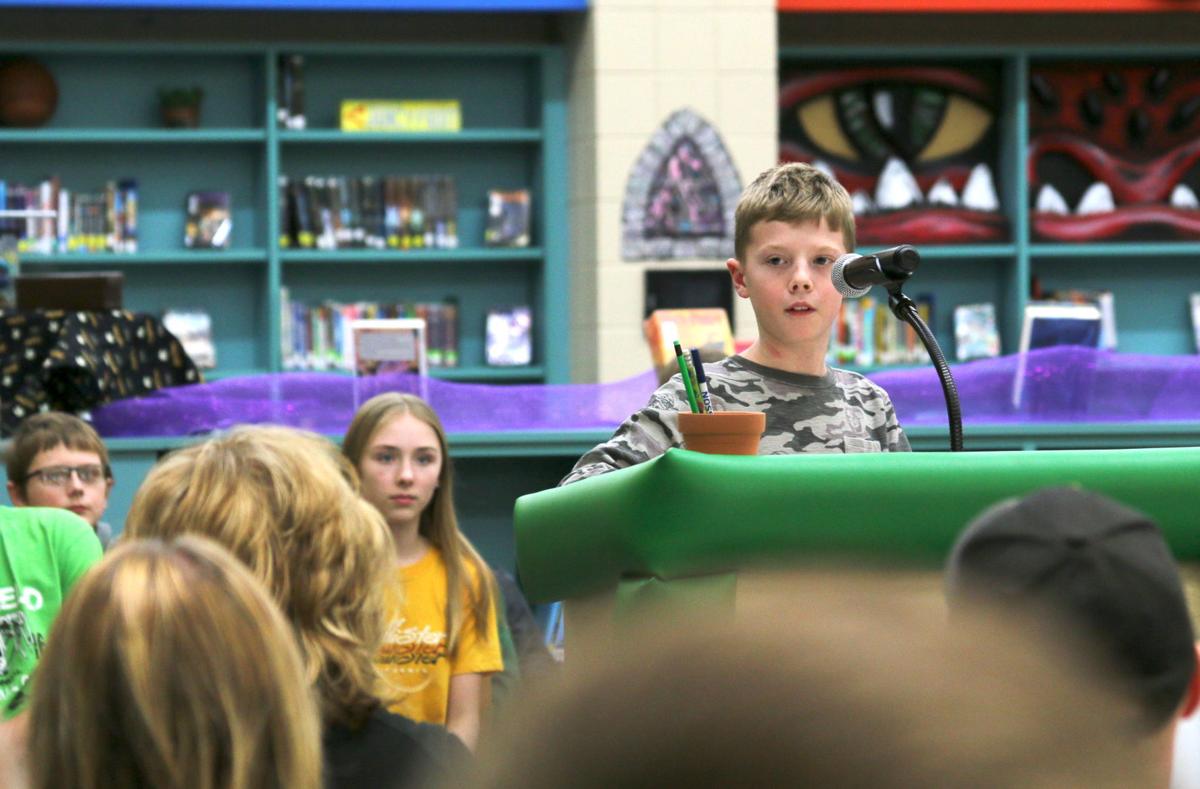 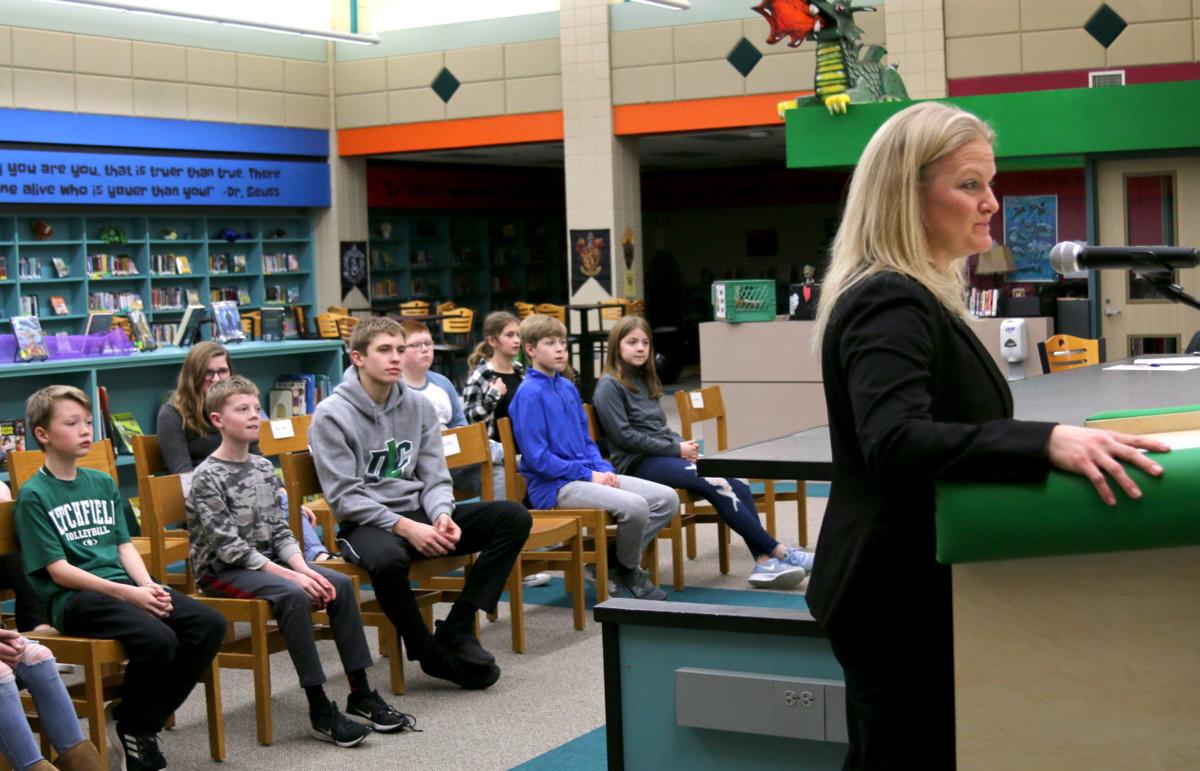 Litchfield Middle School Media Center was crowded Thursday night with parents who watched their startled, yet eager children prove they could spell any word thrown at them.

But as with any competition, there’s only one winner.

It was eighth-grade TJ Christensen who seized the top speller reward at this year’s Spelling Bee by successfully spelling “Apprentice.” Fifth-grader Judah Allen was runner-up.

“I’m just kind of tired, because I just had wrestling practice,” Christensen said after he won. “I thought I was pretty good at spelling. But I’ve always kind of wanted to be a teacher, I don’t know what for though.”

Brenda Schumann, a sixth-grade language arts teacher, acted as the pronouncer for the Spelling Bee. Some of the words with which she challenged contestants were, “Understand,” “Benches,” “Seal,” Fumble,” and “Proportionate.”

Schumann works on spelling different words in her class to help students succeed in the Spelling Bee, she said.

“What we do is, each English teacher in the building holds a spell-level breakdown,” Schumann said about the process of entering the spelling bee competition. “(They) take top-five spellers, and then they come to the district meet, and then it’s what you saw today. So every grade is sort of equally represented by the number.”

Activities such as spelling bee bring forward the value of the language arts, Schumann said.

“You can be good in athletics, be good in music, but you can also be a really good speller and have a good vocabulary,” she said. “So it’s a way for those kids to shine, too… They were a good group of strong spellers for the most part.”

As the associate judge, Sarah Kotila, a sixth-grade reading teacher, said, “the students did well.

“It was kind of nice to see a fifth-grader (Allen) mix with the eight-grader (Christensen) at the end,” Kotila said. “That was exciting to see.”

Principal Chelsea Brown said it was cute seeing some of the fifth-graders, as it was their first time, and they were nervous.

“Now that they’ve done it once,” Brown continued, “they’ll feel more comfortable to come back.”