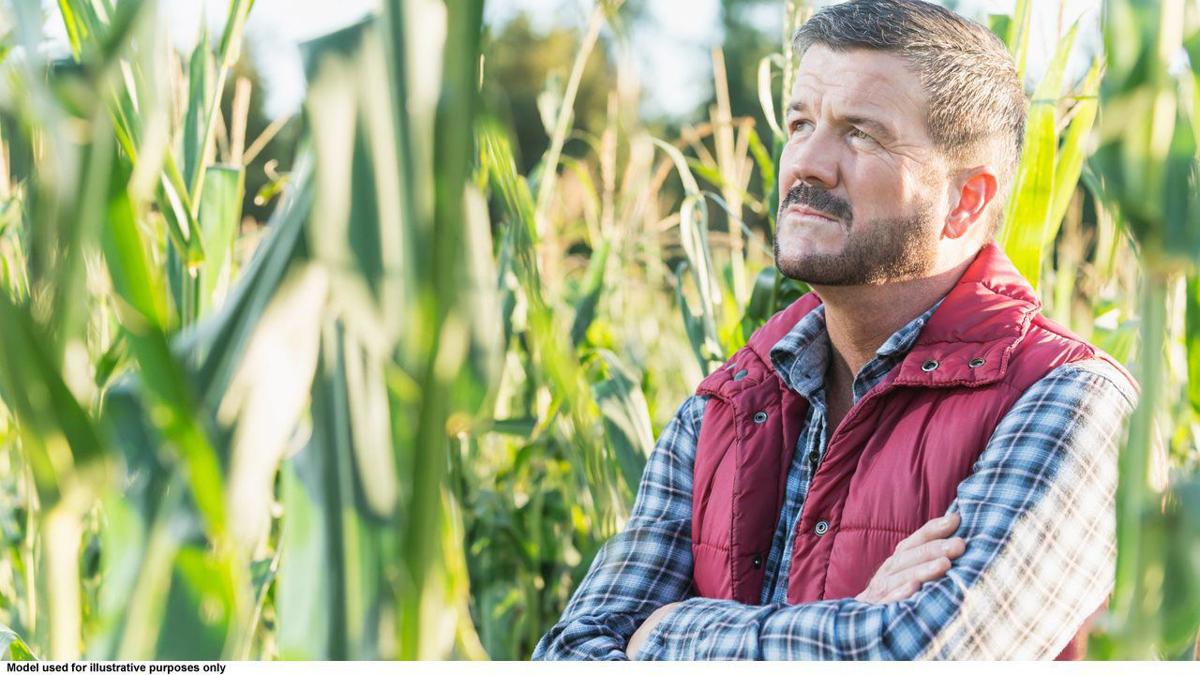 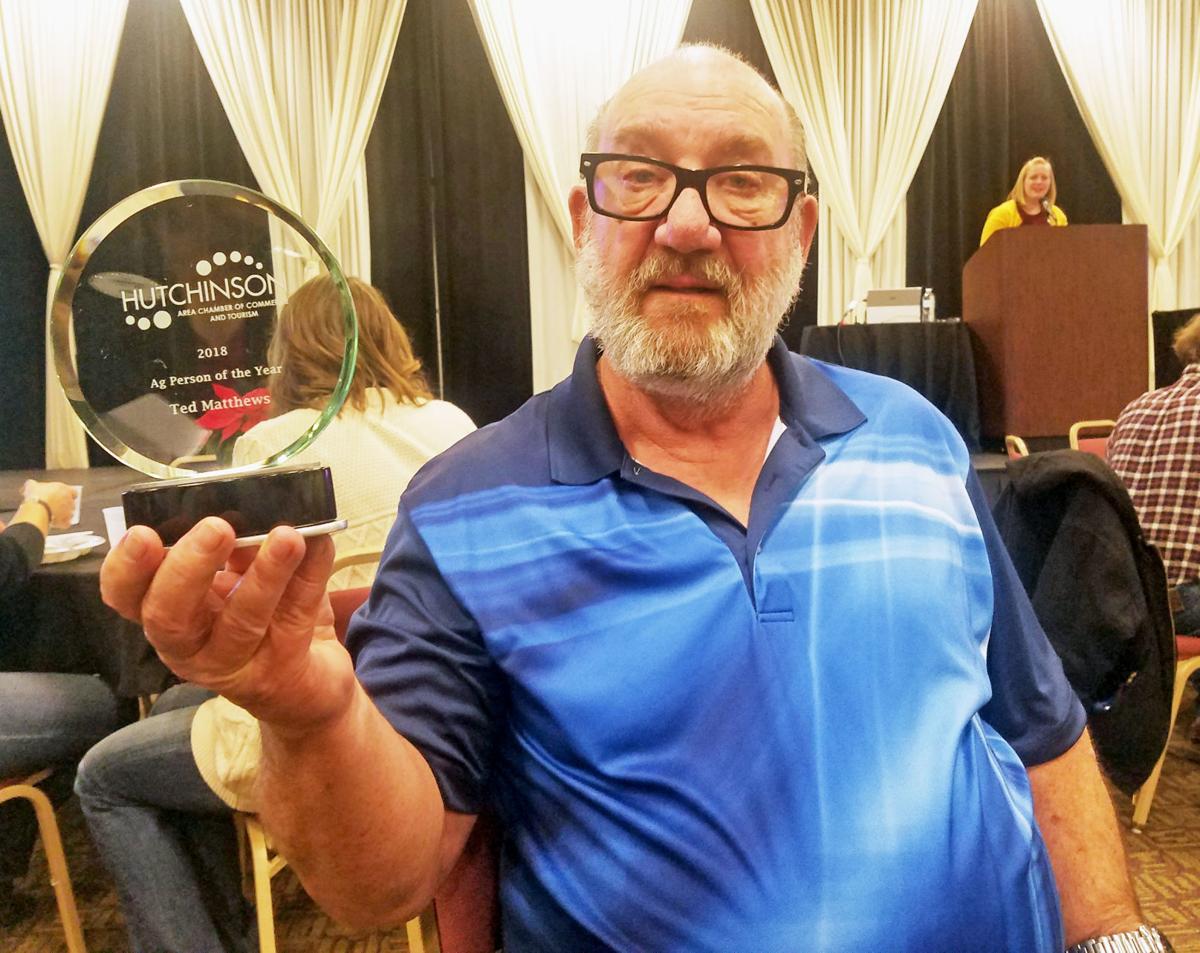 American farm life is often portrayed with images of a happy family, healthy animals, sunshine and green fields. Working in agriculture is a source of pride for many people, but reality is not as perfect as the commercials and storybooks.

In fact, depression and anxiety on the farm are pressing problems that have long simmered beneath the surface with little attention or open discussion. Shelby Watson-Hampton knows this too well. Her older brother, Russ, who almost always appeared outgoing and energetic, silently battled depression and anxiety. Suicide claimed his life in 2003. Watson-Hampton farms on their fourth-generation family farm, Robin Hill Farm & Vineyards, in Maryland.

"Suicide was very stigmatized then. It just wasn't talked about," she says. "So I think we did what a lot of farm families do: We just shut down a little bit."

Anxiety and depression are widespread in agriculture, yet it's something people often struggle with silently. Farmers and farmworkers say financial issues (91 percent), farm or business problems (88 percent) and fear of losing the farm (87 percent) impact their mental health, according to a 2019 poll sponsored by the American Farm Bureau Federation.

"Rural people take pride in taking care of themselves and handling situations," says Ted Matthews, director of Minnesota Rural Mental Health. "That positive thing can become a negative when they need help and they have too much pride to ask for it."

Although Matthews doesn’t have a farm background, he does have the knowledge and understanding to help individuals in need. He started his work in agriculture when he was helping the Federal Emergency Management Agency with a support program during The Great Flood of 1993.

“We didn’t have any farmers coming in,” he recalled. “I started getting calls from farm business management and Extension asking me if we could work with farmers. Of course we would. It was a disaster for everyone.”

“To this day, I’ve never heard a farmer say, ‘I need to call my psychologist,’” he said. “It doesn’t happen.”

When it comes to warning signs of depression and anxiety — whether in yourself or someone else — one of the main things to look for is a loss of enjoyment.

"You stop doing the things that you enjoy doing, the activities, the fishing, whatever it is," says Dr. David Merrell, the on-site medical doctor for Syngenta, a leading agriculture company headquartered in Greensboro, North Carolina. "Individuals who are starting to face depression and anxiety find there's a mounting weight on them that makes those activities no longer enjoyable."

Weight gain or weight loss can be another sign, as is increased emotionality, such as becoming tearful over simple interactions. "Maybe deadlines are being missed where they never used to be missed, fields aren't getting planted when they used to," Merrell says.

Additional signs indicating that a person might need help include:

GIVING AND GETTING HELP

Many experts suggest that listening nonjudgmentally, with care and concern, is often the most effective way people can help someone facing anxiety or depression. If someone in your life needs to talk, be sure to listen and don't blame, Matthews says.

"All of us in rural communities are in this together," says Matthews. "If people don't know what to do, they do nothing. More medical doctors and psychologists would be helpful. But without community involvement, little progress will be made."

For the person suffering from depression, proactively finding that kind of support system is crucial, Merrell says. "This I cannot stress enough: Find somebody you can confide in to say, 'I'm having a hard time,'" he says. "That person might be a friend, a spouse, a clergy member or a mental health professional who will be able to give you tools and say, 'Hey, next time this comes up, here's what you've got to do.'"

These conversations don't always require going into an office. "There are a lot of telehealth opportunities so you can seek help from professionals over the phone," Merrell notes.

Today, there are more outlets for help than ever before. "Major land grant universities, extension agencies, commodity groups, agribusinesses — they're all looking at it now. It comes up at almost every ag conference I've gone to in the last year or two, which is a huge change," says Watson-Hampton. "There are farm crisis centers and farm resources like Farm Town Strong, which is a collaboration of the Farm Bureau Federation and National Farmers Union to combat opioid addiction."

Kay Johnson contributed to this story.

"Rural people take pride in taking care of themselves and handling situations. That positive thing can become a negative when they need help and they have too much pride to ask for it."