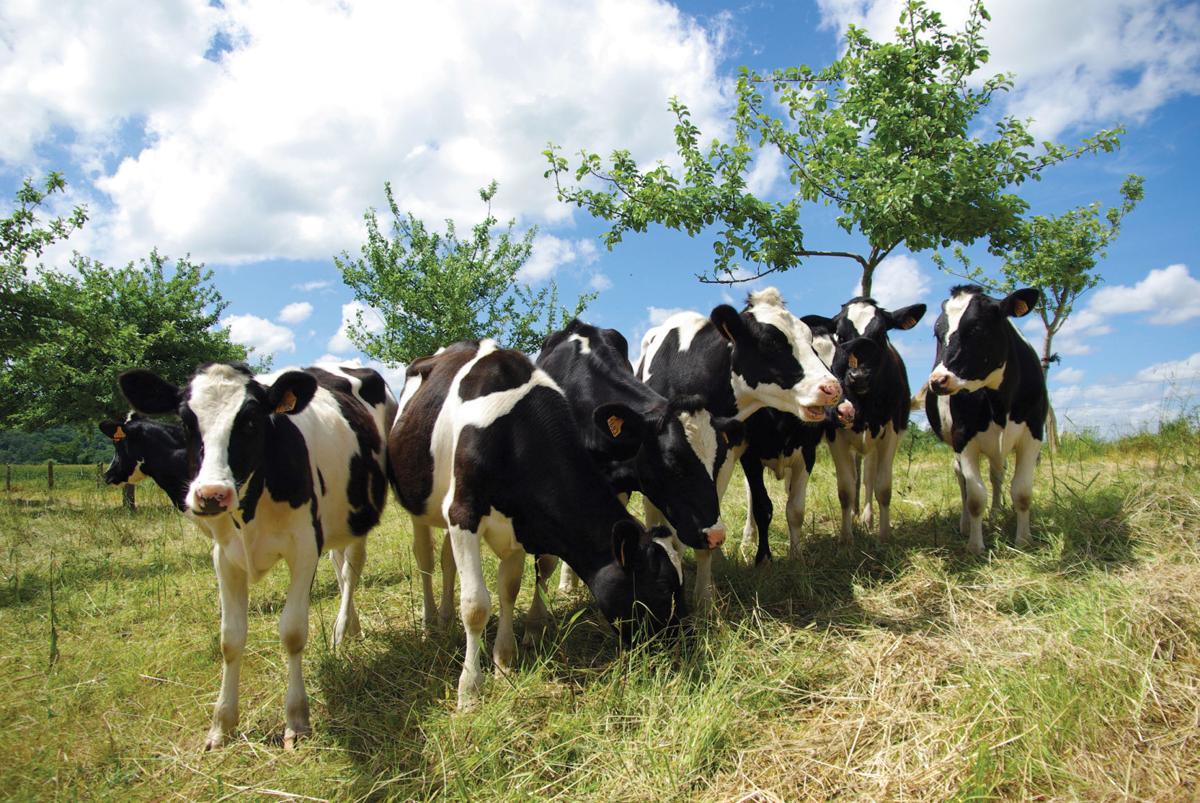 Livestock and dairy producers have been at the epicenter of the financial hardship and mental stress that has resulted from the COVID-19 outbreak. The economic recovery from this devastating setback, which could take years, is likely to be slow and challenging.

Ask many non-farm elementary-age children where food comes from and the response might be “from the grocery store.” Actually, in some portions of the United States, you may get a similar response from many adults as well. The reality is that for two or three generations, U. S. citizens have not had to worry much about food, as there has always been an ample supply of safe, nutritious and low-cost food available. However, the impacts of the coronavirus outbreak during 2020 has brought a new awareness and appreciation with regards to understanding how food is produced, processed and distributed in the United States.

Daily updates on closures of meat processing plants due to COVID-19 outbreaks became a regular occurrence in late April and May. At other processing plants, production levels declined due to employee absences by workers that had health concerns related to coronavirus. For a few weeks the U.S. meat processing industry was only operating at 50-60 percent of capacity. Normally, more than 450,000 head of market hogs are processed each day in the U.S., so when daily processing levels dropped by 40 percent, there was quickly a backlog of market hogs. This resulted in the necessity to euthanize hundreds of thousands of market hogs for several weeks.

The U.S. hog industry is a “fine-tuned” system where hogs move from one stage to the next in a fairly tight time frame, leaving little room for serious backups. Sows and gilts (mother hogs) are bred on the farm and less than four months later they produce a litter of 10-12 pigs. These pigs then go to a nursery unit, then to a finishing barn, and are marketed at 5-6 months of age at a market weight of 275-300 pounds. The integrated hog production systems need to keep the hogs moving through the various stages of production and do not have the capacity to keep extra market hogs for very long.

There have also been reductions in processing capacity for beef cattle. However, unlike with hogs there is a little more flexibility to hold cattle a bit longer before going to market by adjusting feed rations, provided there is feedlot space. However, there is a limit to this process, as the cattle get heavier and less valuable as time goes on.

At the same time producers are forced to dispose of animals due to reductions at processing plants, there was a shortage of food at many grocery stores and retail outlets, as well as in food banks. Farmers sold as many animals as they could directly to consumers to be processed at local locker plants; however, many of these locker plants became over-booked and are now booked well into 2021. The Minnesota Department of Agriculture has been proactive with grants and low-interest loans to help local processing plants expand their capacity. The plant closures and backup of market-ready animals has also impacted turkey and chicken producers, again resulting in thousands of birds being euthanized.

Some dairy producers were also forced to dump milk and egg producers to destroy eggs due to reduced market demand for certain products. Over half of the normal demand for certain dairy and egg products was for restaurants and the food service industry, as well as for the school lunch program. Most of the food service industry was either shut down or greatly reduced for several months and most schools closed in mid-March for the rest of the 2019-20 school year. Consumer demand at grocery stores increased to absorb a small percentage of the lost demand; however, overall demand for many dairy products and eggs have been down considerably in 2020, as compared to previous years.

There has been severe financial hardship on livestock and dairy producers since the outbreak of COVID-19 in early March. Market hog prices declined by over 40 percent from late January until mid-April, resulting in some producers losing $30-$40 per head for every hog marketed. Hog prices gradually rebounded during the summer months for producers that had contracts in place with processing plants that would take their hogs. Fed cattle prices also declined by 30-40 percent in the first half of 2020, resulting in losses of $300 per head or more for some cattle feeders; however, profit margins have improved in recent months.

As of early October, there were not any indemnity payments for producers that had to euthanize livestock or dump any milk. The CFAP I and CFAP II ag assistance payments that USDA has made available to farm operators in 2020 will certainly help provide some extra income this year; however, these payments will likely fall far short of the financial losses incurred by many livestock producers in 2020. Estimates place 2020 financial losses to U.S. cattle producers at over $13 billion and at about $6 billion to U.S. hog producers from the COVID-19 outbreak.

Since we are still battling the devastating impacts of COVID-19, it is difficult to make many long-term assumptions regarding future impacts to the meat and dairy industry; however, here are a few possible changes that could occur in the U.S. food system in the post-COVID years:

Producers are going to be much more aware of how their meat and dairy products are marketed and how market prices are established. Producers in contract production are likely to spend much more time reviewing and understanding the provisions in a contract. The Federal government is likely to investigate how prices are established in the food industry from the producer to the processor to the retail level, which could result in some changes for the future.

In the short-term, consumers are likely to reverse the trend of the past several decades, resulting in an increased percentage of food being purchased at grocery stores and eaten at home, as compared food consumed in restaurants and fast-food establishments. It will take time to see if that trend continues on a longer-term basis. Consumers will likely pay more for food than they have been paying in recent years, with fewer food choices available in some locations.

The trend in the growth of direct farm-to-consumer food production and sales that has been increasing for several years and is likely to increase at a much greater rate in the next few years. Smaller farm operators will look for more reliable market outlets to sell their meat and dairy products, while consumers will want a dependable source for safe and healthy food. However, there still will continue to be a large segment of the nation’s food that is produced in larger-scale livestock and dairy farms and processed to be distributed to larger retail food stores.

Livestock and dairy producers have been at the epicenter of the financial hardship and mental stress that has resulted from the COVID-19 outbreak. The economic recovery from this devastating setback, which could take years, is likely to be slow and challenging. However, for livestock and dairy producers that do survive these challenges and are willing to have some flexibility to make some adjustments, there will likely be some profitable days in the future.